We were lucky enough to have been contacted recently by Hannah Cooper of University College London regarding a study she is beginning into children and young people with ANSD. I’d love to think we could help in some way by reaching out to families who would be interested in helping to change the future for families with this difficult diagnosis. Hannah’s intro is below and I have attached (at the bottom) an advertisement for the study. Do let us know if you would like to help or, alternatively, please do reach out to Hannah directly.

“I am a paediatric audiologist with 9 years experience in the NHS. A large part of my job has been testing babies referred from the Newborn Hearing Screening Programme. I went to families’ homes and spent several hours testing babies whilst they slept, and then explaining the results and making a plan with families. Lots of babies I saw turned out to have normal hearing or a temporary hearing loss caused by glue ear. I enjoyed seeing the relief and joy that there was not a permanent hearing problem. But I also got a lot of satisfaction from helping the families of children diagnosed with a permanent hearing loss. I felt that I could offer hope and empowerment, that their baby would be able to achieve his or her full potential with early intervention and not be stifled in their progress, as was common before the introduction of the screening programme.

But then I encountered ANSD. Anyone can have ANSD but babies identified with it through the Newborn Hearing Screening Programme will have spent time in the special care baby unit, and sometimes they will have been very ill for an extended period of time. Diagnostic hearing testing often happens just after babies are discharged from hospital. I imagine there is a certain amount of relief when taking a baby home after a difficult start. So when telling families of babies who had often been through so much already, that their hearing test results showed ANSD, I felt useless. It was difficult to convey anything other than uncertainty and, although I tried my best to give hope, I didn’t want that hope to be false or my advice to be unrealistic.

I tried to find out as much as I could about ANSD. The evidence is confusing and, although it has increased quite a lot over the last few years, it is still not clear how to best help babies diagnosed with ANSD. So I decided I wanted to do some research myself to try to improve the options available to families. I found that there was very limited imaging data on ANSD and new techniques in MRI had shown promise in a variety of different conditions. I am now a PhD student at the UCL Institute of Child Health and Great Ormond Street Hospital. My project is currently for older children and young people with ANSD, and I hope it may be extended to younger children in the future.  The aim is for ANSD to be better understood so that children will eventually have access to early and appropriate treatment in order that they too are able to achieve their full potential.

Please do get in touch with me if you would like to know more about the study or if you are interested in taking part.

What I really struggle with is when you have a day which is both phenomenal – and I mean mind-bendingly, awe-inspiringly brilliant – at the same time as being dreadful in a way you had never even considered.

I went to Alice’s Parents’ evening this evening. I’ve said it before on here – and there are parents of children out there like Alice who will know what I mean – but to hear her teachers saying how well she is doing – not well as a deaf child, but well as a thriving, cheeky, bright and intelligent child – just about finished me off. I know they read this blog and I hope they will forgive my bleary eyes. It was a wonderful thing to hear. Proof that all Alice’s battles and hard work had been worth it. Vindication, dare I say it, of our decision.

Alice is a star. She is remarkable. She has come so far and we are so proud of her. We couldn’t be happier.

Alice’s ‘new ear’: the implant she had fitted two years ago, has failed. Cochlear have had a well reported issue with a bad batch of N5 implants that let moisture in and then failed. It usually happens between six and 12 months so we thought we were clear……sadly not. Alice went along to George’s today to find out why her processor had been flicking on and off and why it wouldn’t connect at all in the past day. Now we know. Bugger.

So this means a new implant, a new surgery and more running to stand still. Bless our little girl.

Imagine just for one moment that someone switched one of your ears off. Imagine how difficult and disruptive that would be. Imagine now that your hearing wouldn’t be reeturned to the way you knew it for at least three months: 6 weeks until surgery, 4 weeks recovery before switch-on and then several more weeks adjustment as the brain re-learns. I can’t imagine how it must be for our littler Alice. As ever, when told she was having another surgery and a new ‘magic ear’, Alice just shrugged and asked if she could have a biscuit……

Surgery date will be confirmed tomorrow we are told. They couldn’t actually do her the same day as Oliver………could they? It has been floated out there as an option…..

Whatever the outcome, she is still our perfect little fighter. We are so proud of her and her achievements yet reminded, so cruely, about the fragility of her hearing. Would that she took some words of her own advice: 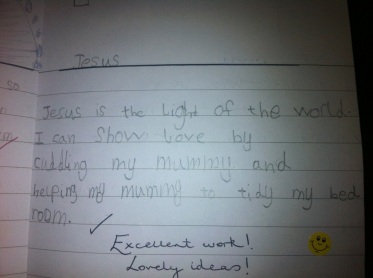